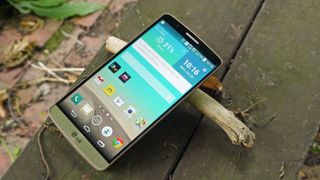 What's next for the G-series?

Making a phone stand out isn't easy, but for the LG G4 the design and camera are going to be its key draws.

During its recent earnings call, LG claimed that its upcoming LG G4 flagship Android phone will separate itself with these handset design and camera tech elements.

Your first assumption on the design front might be a move to a metal phone shell, but don't be too hasty.

The G4 sibling LG G Flex 2 has already been officially announced, and bears the same plastic outer we usually see in LG phones.

A self-healing back, seen in the original G Flex, is one possible solution, while LG's signature rear buttons are likely to allow LG to maintain an incredibly skinny bezel for an all-screen front-on look.

And for the camera? Rumours indicate the LG G4 will have a 16-megapixel sensor with optical image stabilisation.

Quite how such a setup separates the G4 from the pack remains a mystery.

That is after the Samsung Galaxy S6 is expected to arrive, with that flagship reported to be launching at MWC 2015.