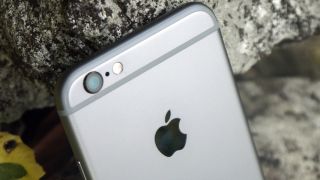 The iPhone has long been known for its excellent camera and ability to take amazing photographs, and a new, recently published patent application indicates that the camera could get even better in the near future.

The rumors of dual rear cameras on an iPhone first emerged quite some time ago, but thanks to the patent application - which was filed back on June 30, 2015 - we now know a great deal more about how the cameras would be used. Most significantly, by placing two camera modules behind a single lens, it would provide the iPhone with the ability to switch between focal lengths and enable optical zoom functionality - in short, you'd be able to take zoomed-in photos of vastly higher quality.

Other uses include filming video at regular speed and slow motion simultaneously (or in multiple resolutions), taking a zoomed-in shot and a wide shot at the same time, or taking high-res stills while shooting video.

The patent also indicates that Apple is working on editing software that takes advantage of these capabilities by combining the various photos and videos, either manually or automatically, to create a "much more engaging media experience."

Of course, a patent doesn't necessarily mean that the concept is going to make it into the final product, but given Apple's emphasis on the iPhone camera and the fact that the camera team consists of more than 800 engineers, it wouldn't be at all surprising to see the dual-camera feature appear in the iPhone 7.