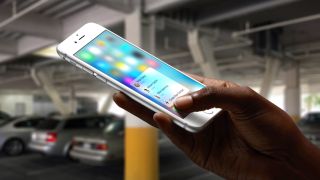 2016 will be the year of more impressively touchy smartphones screens, with other phone manufacturers set to follow Apple's lead by integrating pressure-sensing technology into new handsets.

The report comes from component analysts IHS, which claims that 24% of new high-end and mid-range smartphones shipped will include the pressure sensing technology. So don't be surprised if the Samsung Galaxy S7, which we're expecting around April, is a whole lot more sensitive.

So far, the Force Touch-syle tech has only been seen in three phones: the iPhone 6S and 6S Plus (with Apple dubbing the feature '3D Touch' instead), and the Huawei Mate S. The technology though seems promising, with pressure-sensing conceivably enabling a number of new gestures on phone interfaces.

For example, on the iPhone 6S you can 'pop' open preview windows to read an email you've selected without opening it, and on the home screen you use 3D Touch to 'right-click' on app icons and skip straight to a specific feature of an app.

It's surely something of a no-brainer that the likes of Samsung, LG and HTC will attempt to create their own versions of the technology – although whether any will be ready for this year will be the big question for CES in January and Mobile World Congress in March.

Knowing this, IHS expects module shipments to increase by 317% next year, up to 461 million units. The company also expects to see growth in 'in-cell' and 'on-cell' displays – essentially displays which squash down all the components you expect to find in a modern phone (such as a capacitive touch-sensing layer) into one, so that phones can be even thinner.

Via Digitimes and PhoneArena