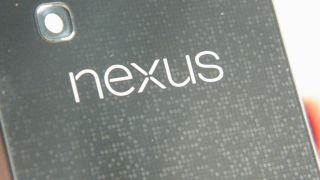 Different kind of buzz for the Nexus 4

Some buyers of the new Google Nexus 4 Android smartphone have complained of a 'faint buzz' emanating from around the phone's earpiece.

Phandroid is reporting that a 'small, but growing number' of early adopters are hearing a strange buzz or click even when the phone is not in use.

Some are also claiming that voice calls are distorted, with "static and hissing", especially at a higher volume.

Over 80 users have reported the issue to Google on its Android Issues site, but neither Google nor LG have so far commented.

Comments from users range from from: "I am having a faint buzzing noise coming from my phone intermittently" to "I'm hearing a constant buzz/static noise all the time, when screen on and off, using the phone or not. Its very uncomfortable."

The consensus among users is that the issue is hardware, specifically the shielding of the earpiece components, rather than a software issue. This would mean any issue could not be solved by a simple software patch.

"It makes sense that it is a poor shielding, because it is constant even with screen off in airplane mode. and there are no interference noises when making a call using the speakerphone," said one user.

During the recent review, TechRadar reported no sign of this issue. When commenting on call quality our reviewer wrote: "The sound quality was, quite frankly, brilliant. You need to experience this to believe it," so perhaps the issue is limited to specific handsets.