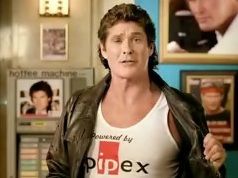 Virgin Media is likely to buy broadband firm Pipex, but BT and Carphone Warehouse are also in the running, according to reports. Pipex has been up for sale since earlier this month when investment bank UBS was brought in to help sell the company.

UBS has asked for first-round bids to be put forward by tomorrow, 23 March, the Daily Telegraph reports.

Pipex is reportedly worth £335 million, and says it has more than half a million broadband users. Pipex was linked to a BT takeover bid last year, but the deal was never completed.

Pipex and Virgin Media both declined to comment on the report.