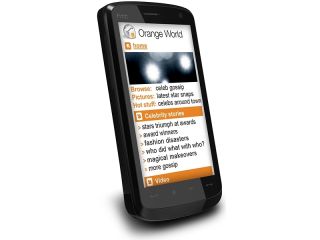 Were you wondering when the HTC Touch HD, which is a touchscreen with a high definition screen surprisingly, is coming to the UK?

Well, wonder no more my mobile phone friend, as Orange has announced it has exclusive rights to the new handset, and it will be coming in early November.

The Windows Mobile powered device won't come cheap though, as it's designed to appeal to those business power users (how we hate that phrase) who want to work and play as hard as they can, using their handset to help them do such a thing.

We imagine they'd be called Yannick or something like that, but Yanny to his friends at the club.

Anyway, Yanny will be using his business account to pay around £80 for an 18-month contract, paying around £40 a month.

Actually, this does look a decent handset, with a large 3.8-inch TFT touchscreen display that supports an 800x480 pixel resolution, which certainly will look nice on a business handset.