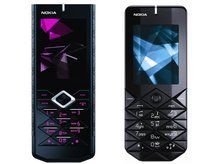 Nokia and Eastman Kodak Group have announced a mysterious patent licence agreement with allows each company access to the others technology portfolio.

Apparently the deal "provides significant benefits to both companies, and is royalty bearing to Kodak", which would hint at Nokia using something the Group has developed.

Such an agreement would allow Nokia to get its hands on screens tailored to individual devices, rather than having to buy devices directly from a company such as Kodak.

"We are pleased to have reached a mutually beneficial arrangement that advances the interests of Kodak and Nokia and validates the strength of Kodak's intellectual property portfolio," said Laura G. Quatela, Chief Intellectual Property Officer, and Vice President, Eastman Kodak Company.

"We look forward to continued collaboration with Nokia."