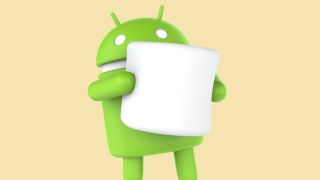 A big new feature could be coming to Android Marshmallow

In many ways Android Marshmallow is a pretty impressive update to Google's operating system. But while it shines on phones it doesn't feel as at home on tablets, in part because there's no split-screen multitasking support.

That could be fixed with Android 6.1 though, if a 'trusted' source speaking to Android Geeks is to be believed. Apparently the new feature will arrive with Android 6.1 in June, alongside an improved app permissions interface.

Supposedly Android 6.1 will be a small update, with little else included other than bug fixes, but the addition of split-screen support should come as welcome news for tablet owners.

Of course it's just a rumour for now, but if it doesn't come with Android 6.1 it will surely arrive with Android N in late 2016, as Google has already confirmed it's working on the feature.