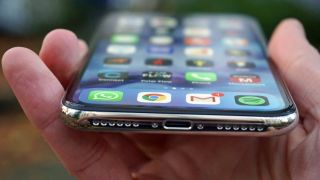 The iPhone XI is sure to have a faster chipset than the iPhone X, but Apple doesn’t always increase the amount of RAM from one year to the next. However, in this case it’s looking like it will, as an unreleased iPhone has seemingly been benchmarked with 4GB of the stuff.

The Geekbench listing doesn’t tell us which new iPhone will get 4GB of RAM, but the obvious candidate would be the rumored iPhone XI Plus. The standard iPhone XI may well also get that much, while the rumored lower-end model, which for now we’re calling the iPhone 9, is probably less likely too.

Indeed, reputable analyst Ming-Chi Kuo has previously predicted that the two iPhone XI models will have 4GB while the iPhone 9 will have 3GB, and at least one model getting 4GB would make sense, since Apple’s first 3GB iPhone was the iPhone 7 Plus a couple of years ago, so we’re due an upgrade.

A faster chip and higher scores

Other than an upgrade to the RAM, this Geekbench listing also reveals that the phone has a hexa-core chipset, just like the iPhone X does, but while that handset is clocked at 2.39GHz this one is seemingly a slightly faster 2.49GHz.

The jump then isn’t as much as you might expect, but - assuming the benchmark is even the real deal - this is pre-release hardware and software, so don’t be surprised if the phone improves by launch.