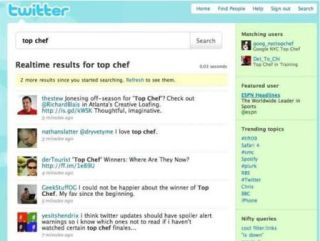 Twitter is being used by the US Geological Survey (USGS) to monitor public reaction to earthquakes as they happen.

Leaving aside the question of what would be the last thing most people felt like doing in the middle of a major earth tremor, it seems that there are still some hardcore Twitterers that like to tweet the fact that their life is potentially soon over!

To be fair, most people are likely to tweet after the impact of the earthquake.

Did the earth just move?

The USGS has noticed that there are big spikes in Twitter traffic immediately after a quake and the USGS believes emergency responders might find the information useful.

"It is a speed versus accuracy issue," the agency's Dr Paul Earle told the BBC, when explaining the usefulness of the Twitter Earthquake Detection project.

"Twitter messages start coming out in the seconds after an earthquake whereas, depending of the region, scientifically derived information can take 2-20 minutes."

"We put a filter on that stream, looking for key words like 'earthquake' or 'quake'. We download it 24/7."