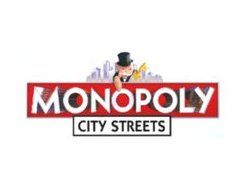 A multinational game of Monopoly will be launched on Wednesday when Hasbro and Google Maps collide to bring Monopoly City Streets to the world.

The Monopoly City Streets game, which promises 'a world of property empire building on an unimaginable scale' launches on 9 September.

So what is it? "A live worldwide game of MONOPOLY using Google Maps as the game board,' says the game's official site.

"The goal is simple. Play to beat your friends and the world to become the richest property magnate in existence.

"Own any street in the world. Build humble houses, crazy castles and stupendous skyscrapers to collect rent.

"Use MONOPOLY Chance Cards to sabotage your mates by building Hazards on their streets."

There is also a blog running with a little more detail, and the Guardian has a more detailed view.