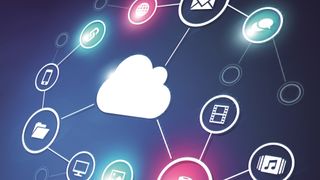 Apple has released an update for its iCloud for Windows app (version 7.8.1) which should now allow it to work with the Windows 10 October 2018 Update.

As we reported several days ago, people with the Windows 10 October 2018 Update installed on their PC were no longer able to install or use the Windows app for iCloud, Apple’s cloud-based backup and storage service.

The issue was severe enough for Microsoft to pause rolling out the Windows 10 October 2018 Update to computers that had the iCloud app already installed.

This new update is available to Windows Insiders in the Release Preview ring – essentially people who have signed up to try out new versions of Windows 10 (and its updates) before they reach the general public.

Hopefully, this update, and the fixes it includes, will make it to regular users soon. According to Microsoft’s release announcement for the update, the update includes the following fixes:

That’s just a taste, as there’s a lot more fixes featured on Microsoft’s blog. It’s good to see Microsoft working to make the Windows 10 October 2018 Update better, along with help from Apple. Let’s hope this cuts down the number of issues people are facing with the update.

Via OnMSFT and Neowin