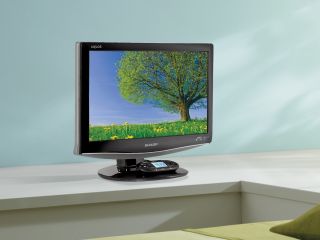 From next month, Japanese shoppers will be the first in the world to be able to dispense with a few wires in the living room by picking up a high-def TV set with a Blu-ray recorder built in.

The Aquos DX2 series of LCDs from Sharp goes on sale in September and follows the DX series, which was the first with an integrated BD player.

According to Sharp's Japanese-language website, the new TVs can squeeze up to 30 hours of HDTV onto a dual-layer Blu-ray disk in MPEG-4 format.