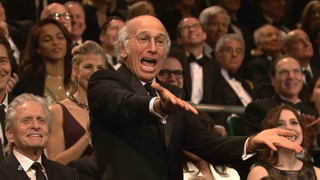 NBC wants to brings some of you to step foot on the set of your favorite shows like Saturday Night Live and Vanderpump Rules. Through the help of VR - and a partnership with Google - they’re about to do just that.

The deal inked between the two companies is one that involves 10 ‘multi-episode VR productions’ that will be filmed using Google’s VR Jump platform and posted to YouTube where you can watch them for free.

Right now, these 10 VR productions are being shot in normal VR - the kind that can be viewed using Google Cardboard, Daydream View or Samsung Gear VR - but NBC says that select future productions will be shot in VR180, a new VR format providing 4K, three-dimensional video.

The first set of shows to get the VR treatment are from Bravo’s Vanderpump set and include a 360 tour of Lisa Vanderpump’s recently opened Hollywood dog rescue center, Vanderpump Dogs, as well as an exclusive bonus clip from the season finale of “Vanderpump Rules.”

Are true VR TV shows on the horizon?

Right now it appears as though the partnership is just producing additional content in VR, rather than dedicating the resources necessary to create actual shows for the VR audience - an area that’s severely lacking at the moment.

The silver lining here is that, if enough people tune into the VR videos, NBC and Google might feel convinced to create bespoke series for VR devices.

“We are constantly looking for opportunities to bring consumers new ways to experience content from across the NBCUniversal portfolio,” said Ron Lamprecht, Executive Vice President, NBCUniversal Digital Enterprises in a press release sent to TechRadar.

Does that means there's a chance that partnership might open the doors to full-on 360-degree TV shows? Maybe!