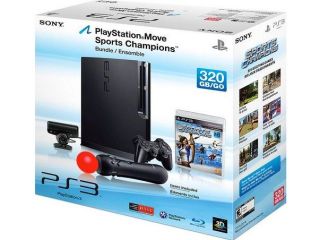 Sony Computer Entertainment Europe has also finally put a date on one of the most highly anticipated games of this generation, with Gran Turismo 5 set to arrive in UK stores on 3 November later this year.

Sony has also announced plans to release a Move-compatible version of Sega's Virtua Tennis 4, an announcement which is sure to get Sega fanboys everywhere hot under the collar.

Could this prove to be the definitive version of Virtua Tennis that we've hoped for for so long?

Create your own story and in-game characters

You can see the game's new trailer over on Sony's website, which shows how you can create your own music, cinematics, story, characters, controls and more.

LittleBigPlanet 2 releases on November 16 in the US, while a European date is still to be confirmed.

A beta arrives very soon. Stay tuned for updates on that.