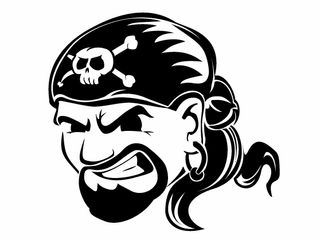 Piracy in the games business is killing the UK's publishing and development industries, says UKIE boss

British games publishing trade organisation UKIE has stated that for every game that is legitimately purchased, four are illegally pirated.

UKIE says that, according to one of its members, the pirated-to-officially-bought games ratio is an alarming 4:1, although a spokesperson would not disclose how this figure is broken down by individual format.

Cost to the industry

"When people play a pirated game that money goes to a criminal, not to the industry," UKIE director general Michael Rawlinson said this week.

"That takes away jobs from young developers and graphic designers, so it actually stifles creativity and stops new games coming out."

Rawlinson then went on to add that this figure of £1.45 billion was based on a relatively conservative estimate.

"We took a conservative position of saying if this is only 1:1 across all titles it would have a retail equivalent value of £1.45 billion," said the games publishing rep. "We did not say this was the loss to industry.

UKIE is now looking to commission research to find out more about game piracy in the UK and, crucially, how to combat the problem to ensure that game creators and publishers get paid for their work.

The state of game piracy

TechRadar will be speaking with Rawlinson next month to find out more about the state of videogame piracy in the UK and what publishers and developers are doing (or could be doing) to deal with the problem.

Rawlinson said in a press release this week that: "Piracy is theft just like any other. The scale of this problem for our industry is clear: one UKIE member has estimated nearly a 4:1 (illegal:legal) piracy ratio on a 1 million selling game by tracking pirate gameplay.

"Money from piracy goes to criminals and not to local businesses and the UK's economy; it gives gamers sub-standard gaming experiences and it unfairly damages the individuals and small businesses whose hard work creates the games in the first place."