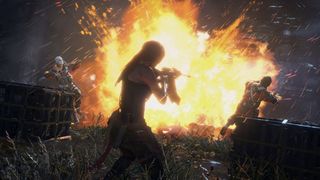 Feral Interactive, the outfit responsible for bringing titles such as Hitman to Linux, has released a new open source tool which is designed to ensure that Linux users get the best performance from its games.

GameMode tells your processor to run in Performance Mode whenever you fire up a game, and it will automatically remove these optimizations when you finish playing and return to the desktop to tackle normal computing tasks.

Feral explains: “GameMode was designed primarily as a stop-gap solution to problems with the Intel and AMD CPU powersave or ondemand governors, but is intended to be expanded beyond just CPU governor states, as there are a wealth of automation tasks one might want to apply.”

In other words, look for this to be fleshed out, and more performance-boosting functionality to be added in the future, with any luck.

You’ll need to install GameMode by grabbing it from GitHub here, and then it’ll work with any title which has support built-in. Feral’s first game to have this functionality integrated will be Rise of the Tomb Raider, which arrives on Linux later this month (as well as on Mac).

Along with the aforementioned Hitman, Feral has also ported games like F1 2017, Total War: Warhammer and Life is Strange to Linux.