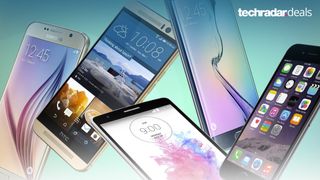 Confused on the smartphone you can gift yourself or your near and dear ones? Can't find good deals and offers on smartphones? Flipkart and Amazon India are playing hard? This guide aims to solve all of these hurdles and then some. We list down the best smartphones of 2017 in India. Whether it's gifting your mom, dad, siblings, significant other, friends, boss or colleagues, we have got it all covered.

As Christmas nears followed by the New Year, online retailers like Amazon India and Flipkart are ready for one last ride before the next year begins.

While Christmas isn't as big in India as in the west, the trend has been catching up in India and this time it seems that there are more offers and deals on products than ever before.

So as we approach 2018, here are all the things that would make for an awesome gift.

Best Phones you can buy

Honor 7X is the latest smartphone from the company to come with trimmed bezels featuring a 5.93-inch display, dual 16-megapixel and 2-megapixel camera with an 8-megapixel front camera, Kirin 659 octa-core processor and a 3,340 mAh battery.

LG foray into the FullVision display started with the G6 which got a younger sibling in the form of LG Q6 which features a 5.5-inch display and is powered by Qualcomm Snapdragon 435 processor backed by 3GB of RAM and an onboard storage of 32GB. There's a 3,000 mAh battery which powers the smartphone.

Xiaomi and Google came together for this blockbuster smartphone. Under Google's Android One program, Xiaomi let go of its MIUI with the Mi A1 and adopted stock Android. The A1 was also the first Xiaomi smartphone to come with dual camera setup. Apart from that, the sleek aluminum build of the phone and the Snapdragon 625 underneath makes it worth every single penny.

The Moto G5s Plus features a 5.5-inch display with dual-camera 13+13-megapixel setup on the back and is powered by Qualcomm Snapdragon 625 processor. There's a 3,000 mAh battery onboard that lasts for a day.

Moto Z2 Play is an option for the ones who don't want to compromise on power and style when buying a phone. The Moto X2 Play comes with a 5.5-inch display and is powered by Snapdragon 626 octa-core processor backed by 4GB of RAM. The phone is just 6mm thin and features a glass and aluminum body.

The Honor 8 Pro is a good phone that brings premium grade hardware at half the price. It has a 5.7-inch display and is powered by Kirin 960 processor with 6GB of RAM complimented by dual 12-megapixel camera setup.

The latest smartphone to come out of OnePlus' stable, the 5T brings in 18:9 aspect ratio to the table with a combination of powerful hardware and sexy looks. This one creates a balance between sheer power and style.

Recently to commemorate Star Wars: The Last Jedi, OnePlus also launched a special OnePlus 5T Star Wars Edition which feature some design changes and is up for sale for Rs 38,999 on Amazon India.

Xiaomi's flagship smartphone in India boasts of extremely narrow bezels on three sides and a ceramic build that makes it ooze glamour. There's a 6-inch display on the front along with 12-megapixel rear camera, 6GB of RAM, 128GB onboard storage and a 3,400 mAh battery that will get you throughout the day.

HMD Global backed Nokia's flagship smartphone for India, the Nokia 8 comes with a 5.3-inch display fitted inside an aluminum unibody chassis which feels more than just premium in the hand. It has two 13-megapixel camera which are backed by Zeiss optics along with Nokia's proprietary OZO Audio technology which enables spatial audio recording.

There's a front-13-megapixel camera as well. The dual sight mode in the phone allows users to shoot and record from all the cameras at once which is a unique thing. Nokia 8 runs on stock Android 7.1.1 Nougat with upgrade to Android Oreo coming in the next few months.

LG just recently launched the V30+ in India. The V30+ boasts of a 6-inch FullVision display with an 18:9 aspect ratio and comes with 4GB of RAM and an internal storage of 128GB which is expandable.

The highlight of V30+ has to be its camera capabilities that brings together a 16-megapixel, f/1.6 aperture and a 13-megapixel, f/1.9 aperture rear camera. There's a CineMode that will allow users to capture cinematic grade videos which can also be edited using the app provided in the phone or can be rendered as RAW footage for processing on video editing softwares like Premiere Pro and Final Cut Pro.

All in all, the LG V30+ is a really great smartphone for the power it wields and for users who consume every kind of content on their phones.

Google's flagship smartphone for this year, the Pixel 2 is a feature rich phone. Not the best designed phone of the year, but is very handy, has the best camera and is backed by the company which specialises in user experience.

The Pixel 2 was launched for Rs 61,000 but Google has given it a price cut because of the festive season and it is now available for Rs 41,999 on Flipkart. If you can overlook the design and want a functional smartphone, then Pixel 2 is hands down the best available right now.

Launched for Rs 73,000, the elder brother Pixel 2 XL is the very best of Google for 2017. The Pixel 2 XL comes with a 6-inch display which is fitted in a chassis with narrow bezels. Apart from being functional like its younger brother, the Pixel 2 XL is snazzy which makes it a great smartphone to have and surely the best one of the year.