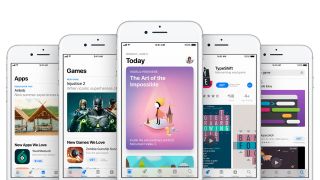 Apple will now allow app developers to offer incentives, discounts, and freebies to existing users of their apps, in a change to the tech giant's current subscription model.

Until now, app developers could only offer discounts to new users, which made it difficult to entice past users who had cancelled their subscriptions.

iOS apps will now have the option to follow one of three discount models; according to MacRumors, this will allow customers to "access a subscription for free for a specific duration, pay a promotional price each billing period, or pay a one-time promotional price."

Developers will be able to "offer up to 10 active offers per subscription", allowing them to test which offers are most effective in enticing past users to resubscribe to their services.

App developers will also be able to identify current subscribers who have turned off auto-renewal using something called "receipt validation", which MacRumors says will let developers "act quickly with a promotional offer in an attempt to win them back before the end of their current subscription period."

While these changes to Apple's subscription model are currently in beta, they are likely to be welcomed by developers.

According to Engadget, "Apple takes a 30 percent cut of revenue from apps in their first year, but apps that keep customers subscribed for more than a year only have to cough up 15 percent."

So, as well as helping developers to retain more subscribers, these changes could save them money that they would otherwise have to pay back to Apple.

You might be wondering how this is going to effect iOS users; while we could see the benefit of better offers and discounts from developers, we could potentially be in for more notifications from these apps as they try to hold on to our subscriptions.

A quick glance at Apple's rules for developers does state that apps on the App Store cannot use push notifications for "advertising, promotions, or direct marketing purposes."

However, Apple Music recently flouted its own rules after sending a push notification to users to notify them of an offer. Saying this, many users were unhappy as a result – so perhaps Apple will continue its restrictions on the use of push notifications for advertising after all.