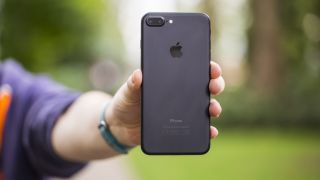 Apple has informed long-time supply partner Imagination Technologies it will no longer need its help in producing graphics chip technology for the company to use in its iPhones and iPads.

It’s a major blow for the British firm, which saw its stock fall 70% on the news, but could herald some big developments at Apple HQ in terms of the processing power in future devices.

Apple has been producing its own chip technology for years now, but has been using Imagination Technologies for graphics processing ever since the original iPhone. Bringing GPU production in-house alongside its CPU tech could mean for some major developments in upcoming iPhones and iPads.

Here’s everything you need to know about Apple's move…

Imagination Technologies has made a statement saying that, within two years, it's Apple's intention to stop using its intellectual property. The earliest it can stop using its IP, and in turn stop paying royalties, is in 15 months' time.

We expect to see either the iPhone 7S or the iPhone 8 launch later this year in September 2017, so it won't be ready for whatever that device is called. But that could mean the technology is ready to be introduced in the iPhone 8, iPhone 8S or even the iPhone 9.

In terms of iPad, rumors suggest we'll see an iPad Pro 2 in the next year or so meaning we may be waiting until the iPad Pro 3 or later to get an upgrade to the GPU.

2. This could mean AR glasses are on the way

Apple CEO Tim Cook has made is abundantly clear the company thinks augmented reality is a big deal and this move to its own GPU tech is a big hint the company is readying something massive in the space.

A top-of-the-range graphics processing will be a linchpin in making augmented reality glasses work, so it makes sense Apple will want to be using its own tech for that and not relying on the IP of others.

It may be the AR glasses Apple work on will connect to your iPhone, but GPU tech from Imagination Technologies has been used in devices such as the Apple Watch too, so it may be installed directly into the headset Apple is rumored to be producing.

The timeline of the move to its own GPU does tally with rumors of when Apple's mooted headset will appear - with some reports suggesting a link-up with Carl Zeiss as early as 2018, but Fortune recently reported that the headset won't be out until 2019 at the earliest.

3. It may also mean Apple VR

Cook hasn’t ruled out the idea of mobile VR from Apple, and with Android making a success with Google Daydream and Samsung Gear VR, we expect Apple is eyeing up a VR headset itself.

Exactly how that will come to fruition is very unclear at the moment, but we think it may mean you’ll install your iPhone into a headset.

Even if this move away from externally produced tech doesn’t bring AR and VR experiences from Apple, it should mean it's able to improve gaming on both the iPhone and iPad.

One of Apple’s key strengths is being able to keep its technology in-house and making sure it’s fully optimized for the devices it’s on, which is something Android can’t achieve.

5. It may not be as smooth as Apple hopes

This is all speculation at the moment, plus Imagination Technologies has been clear it doesn’t think Apple will find this switch to its own GPU tech a smooth transition.

A statement from Imagination Technologies said, “Apple has not presented any evidence to substantiate its assertion that it will no longer require Imagination’s technology, without violating Imagination’s patents, intellectual property and confidential information.

"This evidence has been requested by Imagination but Apple has declined to provide it.”

Not providing this evidence may mean that Apple finds a delay in the future of its own GPU technology.

It’s likely Apple has a plan in place for every eventuality to make the switch as easy as possible, however. Back in October 2016, according to AppleInsider, we actually saw some key senior staff at Imagine Technologies make the shift to Apple.

So it's clear Apple's been busy building a team to bring its GPU tech in house - now we just have to wait and see what that will mean for the iPhone, iPad and beyond.