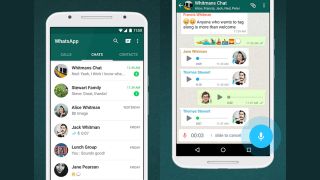 WhatsApp is the mode of mobile communication in India. Regardless of language, ‘You’re not on WhatsApp?” carries the same degree of incredulity across the country. Governments rise and fall on the back of the WhatsApp forward. So the last thing anyone wants is to be banned from using it altogether.

If not getting booted off India’s primary news service/debate hotbed/ opinion former/ joke supply service is something you’re interested in, here’s what you need to know: