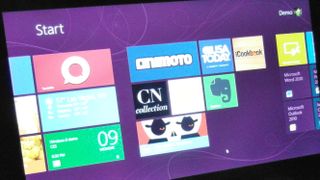 Windows 8 comes in two versions you'll be able to buy

Admit it. You thought that when Windows 8 shipped, it'd come in eleventy-two different versions ranging from Windows 8 Everything Decent's Disabled Edition to Windows 8 Premium Super Professional Enterprise Edition On Ice. But no! There will only be three, and by three we mean two!

In a rare burst of common sense, the tech giant has decided that desktop Windows will only come in two versions: Windows 8 and Windows 8 Pro.

As Mary Branscombe explains, "The features you do and don't get mostly make sense; joining a domain, encrypting your disk with BitLocker and being able to log into your PC remotely are business features."

However, one of the bigger omissions is rather odd: if you want Media Center, that's an "economical media pack add-on" that's only available in Windows 8 Pro. Some of its features have been moved into the Music and Video apps that you do get, but it seems odd to put the consumer-oriented Media Center in the version of Windows aimed at business users.

Although there are only two versions of Windows 8 for Intel and AMD PCs, there is a third version: Windows Arty, or RT as Microsoft insists on calling it. Windows RT (it's short for RunTime. If you ask us, Windows FunTime would have been a much better name. Remember Vista's "the wow starts now"? We could have had "Funtime is nowtime!") is the version that will come pre-installed on ARM-powered hardware such as tablets.

A plethora of Windows 8 tablets

Remember Vista's "the wow starts now"? We could have had "Funtime is nowtime!"

When it comes to Windows Arty tablets, it looks like we'll be spoilt for choice: according to the never-wrong news site DigiTimes, there will be some 32 Windows 8 tablets on sale by the end of 2012, and some of them will be good.

Some of them, clearly, won't be: DigiTimes reckons that we'll see some tablets costing less than $300, which is £187 in real money.

If the rumour mill is correct, those tablets will be going up against not just the Kindle Fire, massed ranks of Android tablets and the new iPad, but also a newer, smaller, cheaper iPad.

An iPad mini is "inevitable", says analyst Shaw Wu, who says that Apple's tested all kinds of sizes and plumped for a 7.85-inch, 1,024 x 768 screen that will be "the competition's worst nightmare".

If the rumour's true, it looks like this'll be a busy year for Apple: rumours of this year's iPhone 5 are swirling, with some reports suggesting a massive redesign, new "liquidmetal" tech and a bigger screen.

Another major phone update due this year is Apollo, which is version 8 of the Windows Phone operating system. Unfortunately Apollo seems to be surrounded by confusion: according to a Verge source close to Microsoft, phones that currently run Mango (Windows Phone 7.5) won't be able to upgrade to Apollo.

We asked Microsoft to clarify, and they didn't: "We have stated publicly that all apps in our marketplace today will run on the next version of Windows Phone. Beyond that, we have nothing to share about future releases."

They're all very impressive, but they won't satisfy anybody who wants to strap a camera to their face. Fresh from last week's Google Glass reveal, Oakley says they've been working on the tech for more than a decade.

Oakley boss Colin Baden reckons that it's got something Google definitely hasn't: style. Having looked at photos of Google Glass headsets in the wild, we have to agree.