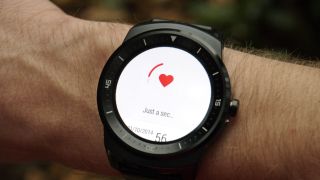 Could Android Wear be coming to iOS?

Update: More evidence has emerged to suggest that Android Wear and iOS are not as incompatible as you might think.

A developer who goes by MohammadAG has created a workaround that lets Android Wear users receive notifications and answer calls from their iOS devices on their smartwatches, according to Android Authority.

Even more interesting, though, is what the developer later tweeted: that Android Wear version 4.4 contains "iOS related code," which in his mind "confirms they're working on it."

This is still no indication that either Apple or Google has any interest in playing nice with one another in the wearables space, but the mounting evidence is something to keep in mind nonetheless.

If you wanted to take some of the wind out of the Apple Watch launch, what would you do? Why, make your own smartwatch platform compatible with iPhones, that's what.

French tech website 01net reckons that's exactly what Google is plotting. The site isn't well-known outside of France, but it has hit the mark with a couple of rumours in the past. Insiders seem to think an announcement could be made at Google I/O in May.

It's not the first time the possibility has been aired, either. Last year, Android Wear Product Manager Jeff Chang dropped a few hints that he'd like to see the software made available to as many people as possible - and that includes those running iOS on their smartphones.

Over to you, Apple

As Chang pointed out at the time though, it's not just down to Google: Apple would have to approve the app and has full control over the APIs and other protocols that paired devices can access. Would Tim Cook be willing to let Android Wear work with iOS?

The new Microsoft Band works with iOS, as does the Pebble range, so it's not completely out of the question that Android Wear could join them. Google already has plenty of iOS apps in its collection as well.

For now, it's nothing more than an unsubstantiated rumour, but it's an interesting prospect in the run up to the Apple Watch launch. We can be certain that Apple's timepiece will never support Android, but there seems more than a chance that the opposite could happen.