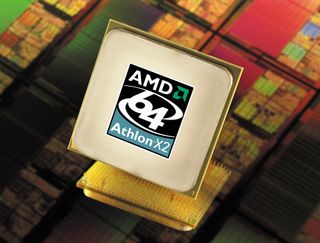 Motherboard manufacturers don't think the last of the X2's will be wildly successful it seems...

AMD's new 'Black Edition' Athlon 64 X2 5000+ processor has met with some unexpected resistance - from the company's own motherboard-making allies.

The chip is the last Athlon X2 chip to be released before the company debuts its quad-core Phenom series of performance chips, and has met with apathy.

Kicking AMD when it's down

According to DigiTimes, motherboard manufacturers aren't bothering to ship any more motherboards in anticipation of a lack of demand for the new processor - even though the X2 will continue to be AMD's dual-core offering.

AMD's key sell for the Black Edition processor is that it comes with an unlocked multiplier, so it can be easily overclocked.