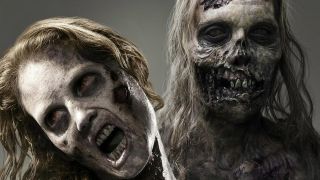 Like a walker hiding in a dark corner of a truck stop restroom, Fear the Walking Dead's Sunday premiere came out of nowhere. A spin-off prequel to Robert Kirkman's critically acclaimed TV show, Fear takes place before the catastrophic events of The Walking Dead and follows a troubled family in Los Angeles as the apocalypse slowly closes in around them.

The first episode debuted August 23 on AMC and in a matter of hours became the biggest cable series premiere of all-time.

Instead of recapping the events that transpired, possibly ruining the twists and turns of series' first hour-long adventure, we've rounded up every completely free (and legal) way to watch the debut episode without having to resort to some of the web's seedier sites.

Start the apocalypse with AMC

If you just missed the first episode but have a date with your DVR to catch the next five episodes, head on over to AMC.com/shows/fear-the-walking-dead. There you can find the hour-long episode in its entirety with a few scattered commercials.

Unfortunately, like shows in the past, AMC only plans on offering the first episode of the series for free. Later episodes won't be available for free on the website unless you log in with your cable information.

Note for UK and AU readers: This is the only way we found to stream Fear the Walking Dead overseas. That said, if you know of a free and legal way to watch it, we'd love to hear about it in the comments below.

OK, so let's suppose you don't own a cable subscription, and because the first episode sunk its claws into you like a savage zombie you desperately want to continue watching. One route to go down is to buy content from any digital retailer.

Start first with Amazon Instant Video, which offers a few streaming options: you can either watch episodes a la carte or with a season pass, and both let you stream in SD or HD. Individual episodes cost $1.99 in SD quality or $2.99 in HD (Fear the Walking Dead is only available on the US Amazon Instant Video store).

If you want to save some cash for the real apocalypse, check out the season pass, which gives you day-after access to all six episodes for $10.99 in SD or $15.99 in HD.

iTunes offers a similar scenario where each individual episode costs $1.99 in SD quality or $2.99 in HD or you can buy a full season for $14.99.

Last up on the list are PlayStation Vue and Sling TV, two US-only cable alternatives that offer AMC as part of their packages.

Of the two, PlayStation Vue is more expensive but offers two to three times the amount of channels including, of course, AMC. Plans start at $50 for the "basic" package and include unlimited 30-day DVR service, allowing you to save shows in the cloud for later perusal. The catch? PlayStation Vue is only available in seven cities - Chicago, New York, Philadelphia, Dallas, San Francisco, Los Angeles and Miami.

Sling TV, on the other hand, starts at $20 for its Best of Cable plan and includes a VOD service to watch shows after they've aired. Because there are no contracts involved or extra hardware needed - other than an Amazon Fire TV, Amazon Fire TV Stick, Google's Nexus Player, Xbox One, Roku TV or iOS or Android mobile device - it's probably the simpler of the two to sign up for.

That's it. These are the legal ways to get your mitts on Kirkman's cold-hearted new drama.