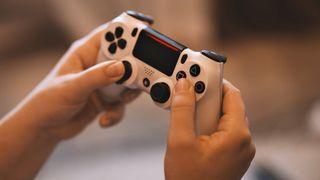 Rejoice PlayStation 4 owners! If you're not in a position to upgrade your PS4 to Sony's upcoming PlayStation 5, but still want to play online with your squad, then you're in luck.

Sony has revealed that the PS5's "incredibly powerful" backwards compatibility feature will allow PS5 and PS4 players to play together online.

During a recent corporate strategy meeting, Sony explained how the PS5's backward compatibility feature will work – in particular, when it comes to multiplayer games.

"Backwards compatibility, in a networked era, becomes something that is incredibly powerful," Sony CEO Jim Ryan explained (via GamesRadar). "Because the gaming community is somewhat tribal in its nature, backwards compatibility gives us the opportunity to migrate that community from PlayStation 4 to next gen using the ability to play the PS4 games they have on their next generation console – groups of 10, 20, 50 gamers.

"So we see this, given the size of the community that we've been able to accumulate over all these years and hard work on PlayStation 4 as a really critical success factor for us. We think it's incredibly important."

Deputy president John Kodera went on to confirm that PS5 and PS4 players will be able to play online jointly, saying "cross-generation the community can enjoy the games together."

This enhanced backwards compatibility feature means that even if you have a PS4 and your friend has a PS5, you'll be able to play online together.

Although, Sony hasn't revealed whether this backwards compatibility feature will only apply to specific games, such as Sony exclusives, or be available for all online mutiplayer games.