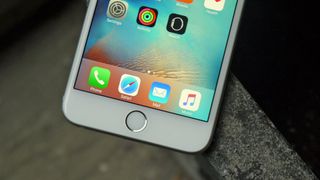 Update: It turns out that this image isn't of an iPhone at all, but of an Android copycat, as reported by MobileXpose, so in all likelihood you'll still have buttons to press for the time being.

The iPhone 7 is the final piece of the 2016 flagship puzzle, and while we have to wait until early September (probably) for its launch, information about the new iPhone is leaking almost daily – the latest of which points towards a change for the famous home button.

According to a leaked image from mobipicker claiming to show the front of the iPhone 7, the home button appears to not be a button at all, and rather a touch sensitive pad.

The site claims its source confirms the new "button" will be flush with the body of the iPhone, instead of its current indented nature.

What could this change mean for the iPhone 7? The removal of a large, physically movable button would mean Apple could slim its smartphone down even more.

The iPhone 6S currently comes in at just 7.1mm, while the new Moto Z is a super svelte 5.2mm – could Apple be about to challenge for the title of 'world's thinnest phone'? Probably not, but a slimmer iPhone is a real possibility.

There's no guarantee that the snap or supplied information is accurate, but there's been a lot of talk recently about Apple's future plans for its Touch ID sensor and home button.

Previous reports have suggested it may be moved on-screen. Perhaps this is a stepping stone to that greater future.