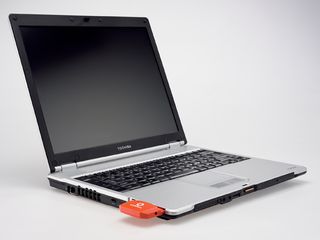 Vodafone has cut the price of its Mobile Broadband data offerings

PC and laptop users with data cards can get a better deal on 3G mobile broadband usage with a new set of deals from Vodafone .

Vodafone has cut the price of its monthly flat rate data package to £25 a month for wireless PC and laptop users using data cards or handsets as wireless modems. Its new Mobile Broadband deal allows users up to 3GB of data usage a month under its fair use policy. Customers signing up for this deal can also enjoy flat rate data when travelling abroad, at £8.50 for 24 hours' data usage.

Vodafone is also offering a domestic 24-hour mobile broadband deal. Users who sign up to the Mobile Broadband 24 option can opt to pay £8.50 for day's data usage. This is charged to their account only after they connect to the service.