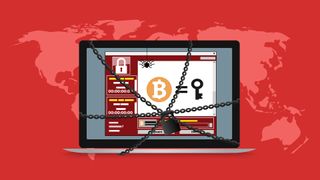 Malwarebytes labs, the security researchers behind the popular Malwarebytes antivirus software, has released a new report that claims that Mac threat detection has risen in 2019.

In the report, Malwarebytes looked at the top threat detections across Windows, Macs and Android devices. It found that of the top 25 detections, six of them were found on Macs. This means six of the threats that were found on the most devices were Mac threats.

Most alarmingly, 16% of total detections found by Malwarebytes were Mac malware threats. What makes this number particularly troubling is the relatively low Mac user base compared to Windows and Android.

As Thomas Reed, Malwarebytes’ director of Mac and mobile, explains, “Perhaps 16% doesn’t sound impressive, but when you consider the number of devices on which these threats were detected, the results become extremely interesting.”

Reed reveals that Malwarebytes’ userbase on Mac is around 1/12 of its Windows user base.

Another worrying detail to emerge from the report is the fact that Malwarebytes had 9.8 detections per Mac in 2019. This is double the number of detections it found on Windows devices, which was 4.2 detections per device.

The fact that Malwarebytes is finding twice as many threats on Macs as Windows PCs is certainly alarming. After all, Macs are supposed to be far less susceptible to malware, viruses and other threats, compared to Windows.

But should we really be alarmed? Perhaps not.

While this certainly isn’t good news for Mac users who had hoped their Apple products were shielding them from malware, it doesn’t mean your Mac or MacBook is suddenly going to become riddled with viruses.

This is because there are certain things that will influence the results that could make things look worse for Macs than they actually are.

On the other hand, there will be a lot of Windows users who assume they need some sort of antivirus software, so could install Malwarebytes regardless of whether or not they think they are infected with malware.

Reed suggests that “the overall threat detection rate for all Macs (and not just those with Malwarebytes installed) is likely not as high as this data sample.”

Another important thing to note is that the Mac threats are different to Windows threats, as they are not “traditional, full malware”, but instead “more targeted or otherwise limited in scope.” These threats are more often adware or unwanted programs.

So, while there may be more threats detected on Macs, they are less severe than the ones found on Windows.

For the first time ever, Mac malware appeared in Malwarebytes’ top five most-detected global threats, with the second and fifth most detected threats being Mac malware.

The second most detected threat was NewTab, which is adware that uses browser extensions to modify web pages, and often poses as apps such as flight trackers, maps and navigation, email access, or tax forms. It accounted for 4% of overall threatdetections by Malwarebytes.

In fifth place was the PUP.PCVARK Mac malware, which was a group of unwanted programs that posed as apps they were not. Most were clones of Advanced MacKeeper.

So, it’s a bit of a mixed bag when it comes to the state of malware threats on Macs. There does seem to be a rise in Mac threats, which could prove to be a worrying trend with this continues into 2020.