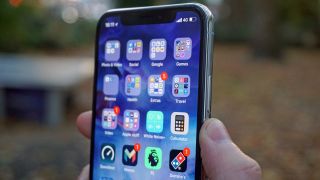 In the note, obtained by MacRumors, he says that the 6.1-inch LCD iPhone (which might be called the iPhone 9) will have iPhone X-like features yet go on sale for just $600-$700 (around £450-£530, AU$810-AU$950), which is significantly less than his earlier estimate. Perhaps unsurprisingly he therefore believes this will be the best-selling new iPhone model.

And despite apparently entering production later than the rumored 5.8-inch iPhone XI and 6.5-inch iPhone XI Plus, the iPhone 9 is said to go on sale alongside them in September.

Moving on to iPads, Kuo is reiterating earlier claims that new models this year (presumably the iPad Pro 3) will sport Face ID, and he’s also standing by his earlier claim that the Apple Watch 4 will have a larger screen.

Looking further ahead, Kuo adds that he believes 2019’s iPhones will have “marked innovations” but says that the design and features of these phones probably won’t become clearer until September or October of this year at the earliest.