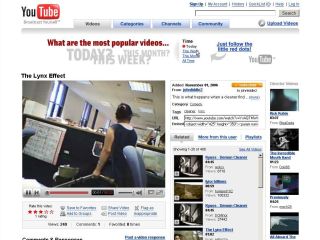 YouTube may be about to launch a European version, along with the US one

Google could be about to launch a new version of YouTube - this time aimed specifically at European audiences.

French TV channel France 24 has announced that it's already in discussions with Google to bring its content to the new service. The announcement comes a day before a Google press conference in Paris.

Google is keen to boost its efforts in France where YouTube lags behind market leader Dailymotion . Google hopes that by offering YouTube in more languages it can increase its share of the European video sharing market.

Google's CEO, Eric Schmidt, is expected to attend the Paris press conference tomorrow. We'll bring you more news as we get it.

In other YouTube-related news, Google has added a web-based editing tool to the video sharing website. Provided by Adobe , the editing tool enables you to create professional-looking videos by combining video clips, music, photos, graphics and other effects.