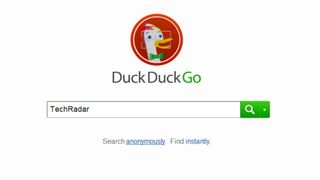 It seems that the NSA Prism scandal is getting under the skin of a lot of internet users, as more people move to more anonymous means of browsing the net.

DuckDuckGo, a search engine that, unlike Google, doesn't aggregate internet behaviour to build a user profile, has seen its popularity skyrocket over the past few days.

The company tweeted that "It took 1445 days to get 1M searches, 483 days to get 2M searches, and then just 8 days to pass 3M searches." While the overall numbers aren't astonishing, the rate at which they've climbed is pretty impressive.

It's also no coincidence that those eight days align with the amount of time it's been since the NSA Prism story broke, which accused several big companies, including Google, Microsoft and Apple, of allowing US spy agencies access to private user data.

"But what hadn't happened was reporting on the private alternatives and so it's no surprise that people are making a choice to switch to things that will give them great results and also have real privacy."