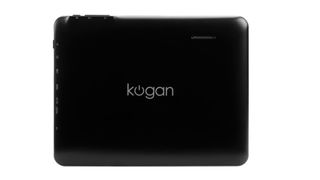 Tablet and phones makes it easier to shop online for... tablets and phones....

While the rest of the world deals with the aftermath of the global financial crisis by holding onto their wallets tighter, Australian online electronics retail store Kogan on Monday announced that it had reached its 2 millionth online sale - only 6 months after having reached 1 million sales.

"Kogan customers are smart shoppers and they know how to hunt down the best deals. Recent research by Roy Morgan showed that 50.3 per cent of Aussies now shop online. Australians who don't buy online are now the minority," said Ruslan Kogan, CEO and Kogan founder.

Ruslan Kogan believes that the technology retailing sector is going through a change, saying that: "No matter where you buy your iPad, what you get inside the box is identical. Smart shoppers know this, and they shop on price."

With a strong year behind them, despite some legal woes, the company doesn't look to be slowing down. According to the company, it's 2013 financial year revenue is up 300 per cent, with sales jumping 473 per cent between May 2012 and May 2013.

Waiting for pay day before you do some online shopping? Why not read some other blips instead.