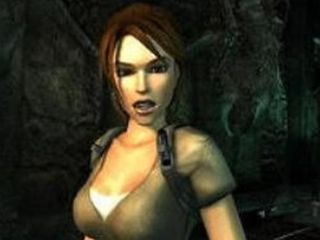 Don't look so surprised Lara! Game sales in Britain are likely to top those in Japan in 2009...

Japan may be the 'spiritual home' of videogames, but it looks like the UK will soon overtake it in terms of game sales.

If these trends continue then the value of the UK's games industry could well be worth more than Japan's within the year.

US still billions ahead

Greg Howson over on The Guardian did the maths, noting that: "if the same rates of growth and decline occur in 2009, the UK market will be worth £4.77bn – almost a whole billion more than the Japanese market (£3.86bn). Could 2009 be the year the UK becomes the second most valuable games market in the world?"

"The data also highlights the gaming cultural differences across the three countries by listing the top five games sales for each," Howson adds. "The UK and US are dominated by FIFA and Madden respectively, while Pokemon and Monster Hunter are huge in Japan.

"The Wii, though, is cross border, with Mario Kart showing in all three lists and Wii Fit selling well in the UK and Japan."