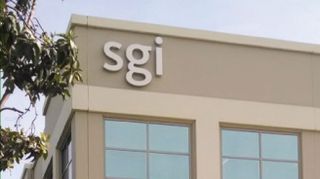 The company that helped make some of Hollywood's most recognised movies has been acquired by HP Enterprise.

During its heyday, SGI (Silicon Graphics International) provided the hardware used to make the likes of Forrest Gump, Titanic, Lord of the Rings, Shrek, The Matrix and the original Toy Story.

The rise of more powerful and cheaper hardware allowed PC vendors like IBM (now Lenovo), HP and Dell to squeeze it out of the market, forcing SGI out of the content creation market into more niche segments.

The company, which lost more than 90% of its value in the last decade, sells supercomputers, storage solutions but no longer makes its distinctive workstations (Indigo, Octane).

HPE bought SGI for the street cred as well as for the technology (600 patents) and the client portfolio (more than 3,000). It is unlikely that the workstation range will be revived since this business is now handled by HP Inc.

So we may well have to say goodbye to one of the most enduring US-based hardware technology brands as HPE hasn't confirmed whether or not it will keep the name although the use of the expression "combined business" in the press release may have given us a hint.