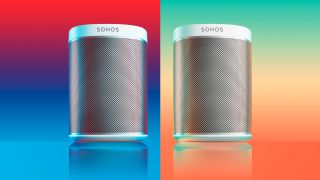 Apple wants the Beats to go on (Sonos speakers)

From Spotify to Tidal, every music streaming service is judged not just on its music library or its ease of use, but whether you can access it directly via a Sonos speaker.

While Sonos confirmed it was more than willing to get on board with Apple's streaming service when it was announced at WWDC, up until now we had no idea whether the service would actually make its way to Sonos speakers around the world.

But now we do, with Apple Music senior director Ian Rogers confirming on Twitter that while the service won't be available on Sonos devices at launch, they're working on launching compatibility "ASAP".

Meanwhile, Apple has confirmed to Buzzfeed that they are working with the wireless speaker company to deliver streaming music by the end of this year, putting a very definite timeline on the integration.

Admittedly, Sonos support isn't going to do as much for Apple's service as having Taylor Swift's latest album available, but it will definitely be a big selling point for current Sonos users.