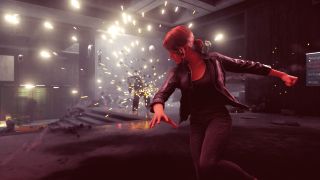 AMD has released its new 19.8.2 driver for its graphics cards, which it promises will deliver up to 10% better performance of the highly-anticipated Control, a third-person shooter from Remedy Entertainment.

That’s just in time for the Control release date of August 27, 2019. According to AMD’s release notes, the performance gains are found when playing the game in DirectX 11 mode, compared to when running the previous drivers.

Essentially, PC gamers with AMD graphics cards will get a major boost to the graphically intensive Control game for free. Not bad!

The AMD 19.8.2 driver is also optimised for Man of Medan, an interactive horror game from Supermassive games.

All in all, it’s another great reminder to always have your graphics drivers updated to get the best gameplay experiences.