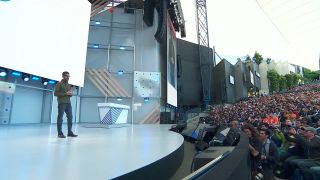 The search giant will be returning to a familiar venue, with Google IO 2020 taking place once again at the Shoreline Amphitheatre in Mountain View, California.

IO is Google's annual gathering of developers for three days of conferences and workshops, and while a lot of the event is focused around these developers, there's always a keynote on day one where Google will reveal, announce and launch a bunch of different things.

A good way to predict what we'll see at Google IO 2020 is to look back at last year's event, where we saw details of the next version of Android announced, a duo of new mid-range smartphones and the Nest Hub Max smart screen launched, alongside improvements to services including Google Search, Google Lens and many others.

So what's in store for 2020? The big news will be the announcement of Android 11, the next major instalment of the firm's mobile operating system.

We'll likely learn about a variety of new features and upgrades Google will be offering with the new software, and it'll probably make a beta version available for developers that week so they can start playing around with it.

We could well see a follow up to the mid-range Pixel 3a and 3a XL handsets too, with the Google Pixel 4a and Pixel 4a XL tipped to offer similarly high-level photography abilities to the main Pixel 4 devices, but at a much more affordable price.

And then there will be a variety of updates across Google's various services such as search, assistant, maps and more. We may also see new announces and/or features come to its smart home range (having acquired Nest back in 2014).

There will be no shortage of news to come from Google IO 2020, and we'll be reporting on it all to ensure you have everything you need to know.