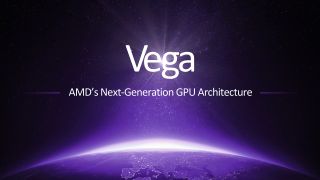 Another day, another rumor, and this is an AMD-related one, with some further purported details being spilled about the company’s highly anticipated next-gen Vega graphics cards.

The Radeon Vega Frontier Edition is already out – targeted at the likes of creative pros and data scientists – with the consumer GPUs set to be revealed at the end of the month, but some info on the various models that will appear has been leaked.

According to sources with inside knowledge who spoke to Tom’s Hardware, there will be four different reference boards.

The high-end model is the Radeon Vega XTX, which will come in two flavors – a normal air-cooled version, and also a water-cooled variant (much as the Frontier Edition also offers a choice of air or liquid cooling). Obviously, the water-cooled model will be more expensive, and capable of being cranked further on the overclocking front.

The XTX water-cooled board will run with a TDP of 375W, whereas the air-cooled effort will have a TDP of 285W.

The model down from this will be the Vega XT, which will use standard fans for air cooling, and again it’ll have a TDP of 285W, with all these boards running with 64 compute units.

Finally, the lower-end model will be the Vega XL, air-cooled with a TDP of 285W, the difference here being that this will be a slightly cut-down GPU with 56 compute units.

As for video memory, the flagship Vega XTX is apparently going to come with 8GB of HBM2, and likely the XT as well, as other chatter on the web has indicated.

As ever, bear in mind that this is rumored information, but there are several other sources which have put forward the same details, which makes all this seem more likely to be true.

As does the proximity to the launch of Vega, which is only a couple of weeks away now – the cards will be revealed at SIGGRAPH 2017, which kicks off on July 30 in Los Angeles.

Meanwhile, all the current attention is on processors for AMD, with the company having just revealed its new enthusiast-targeted Ryzen Threadripper CPUs, which stomp all over Intel’s high-end Core i9 in terms of value for money.

Also a point of interest yesterday was Intel launching a flurry of low blows against AMD’s server-class Epyc processors, effectively rubbishing them as a cobbled together ‘repurposed desktop product’. Which did little but underline the fact that Intel might be feeling increasingly threatened by AMD’s apparent run of success of late.