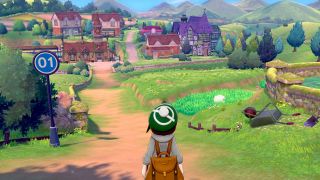 Pokémon Sword and Shield are finally getting an expansion pass, the first Pokemon DLC to date.

The announcement was made during the latest Pokémon Direct, where Game Freak revealed that the newest Pokémon games are getting an expansion pass this year which will grant players access to two DLC packs: Crown Tundra and Isle of Armor.

Isle of Armor is due for release in June 2020, while Crown Tundra is due to release in 'Autumn' 2020 (so sometime between September and November of this year).

The Isle of Armor DLC will release in June 2020 and introduces a bunch of new characters and Pokémon for you to check out. In fact, both DLC introduce over 200 Pokémon to Sword and Shield - including some old favorites - but each game has differing offerings.

Isle of Armor's theme is "growth" according to Game Freak and this DLC sees you gaining a new mentor - called Mustard - and some new rivals. In addition, there's also a new fighting-style Pokémon that you get to train with, called Kubfu, who evolves into a Urshifu, who offers two distinct fighting styles that you can choose between. Isle of Armor also adds new fashion for your character and bike.

If that's not enough, you also get to see new unseen areas of Galar and can take part in online (or official) competitions.

Crown Tundra is a snow-themed DLC, releasing between September and November 2020. This DLC focuses on exploration and small communities, introducing you to new characters and Pokémon that you haven't seen before.

This DLC introduces Calyrex, a psychic-grass type enigma, whom a lot of the narrative revolves around. You can also exlore Pokémon dens to see both older and new legendary Pokémon - some even dynamax.

The Pokémon Sword and Shield expansion pass grants players access to both DLC, however each game requires its own expansion pass. You'll be able to carry your game on from where you left off as your save game carries on.

It's also welcome news that an upcoming update will allow you to trade the new Pokémon with those who don't own the DLC. You'll also be able, through Pokémon Home, to import your older Pokémon (from previous games) into Sword and Shield - as long as those Pokémon appear in the DLC (or Sword and Shield). Pokémon Home is releasing in February 2020.

The Pokémon Sword and Shield expansion pass can be pre-purchased from the Nintendo eShop for £26.99 / $29.99.