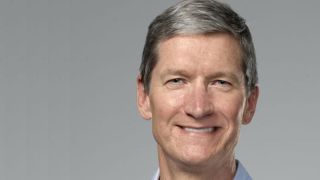 How long will that smile last, Tim Cook?

Later today, Apple CEO Tim Cook and Samsung head Choi Gee-sung will sit down together for the first of two days of court-ordered mediation.

Like a couple of warring parents, the US courts have decided it's time to lock the two together in a room and make them address their differences because, well, won't somebody think of the children?

Oh to be a fly on the wall in that meeting, which is just the latest episode of the great tech soap opera that is the patent war between the two tech giants being fought in courts around the globe.

Trade it in for a younger model

We have no evidence to suggest that either company has come out with "I know you are but what am I?", but at this point we really wouldn't be surprised.

The US case is heading to trial at the end of July, when courts will decide if Apple's iPad and iPhone or Samsung's Galaxy Tab and Galaxy S line up are indeed the intellectual property of the other.

It will be a big win for whoever comes out on top, as the States is one of the biggest mobile devices markets and could lead to a sales ban and hefty fines for the loser.

Since it's unlikely that this level-headed mediation plan will actually offer any tangible results, gadget fans will be forced to come together to concoct a scheme to get Apple and Samsung to resolve their differences, possibly involving twins.

No! Wait! Identical products? That's the last thing we need...