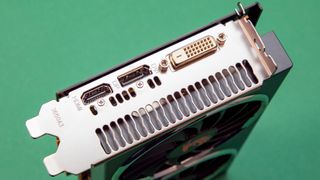 AMD is aiming to disrupt 4K gaming, and build a Radeon GPU line-up to take on Nvidia in a similar way to how the firm has ramped up Ryzen processors to beat out Intel (at least in desktop CPUs).

That’s the scoop according to AMD’s Mithun Chandrasekhar, who is head of product management at Radeon Graphics, as reported by PC GamesN.

At a briefing for the freshly launched RX 5600 XT, Chandrasekhar observed that AMD was currently tackling the mainstream market, but would move to assault the high-end GPU arena with the much-rumored Big Navi graphics card soon enough.

Chandrasekhar said: “With the Radeon 5000-series we are essentially covering 90-something-percent of the total PC gamers today. And so that’s the reason why no 4K right now, it’s because the vast majority of them are at 1440p and 1080p.

“That doesn’t mean a 4K-capable GPU isn’t coming, it is coming, but for here and now we want to focus on the vast majority of gamers.”

He then added: “Similar to Ryzen, all of us need a thriving Radeon GPU ecosystem. So, are we going after 4K, and going to similarly disrupt 4K? Absolutely, you can count on that. But that’s all I can say right now.”

AMD certainly seems to be fanning the hype flames around Big Navi of late, with CEO Lisa Su confirming that the high-end graphics card will be out at some point in 2020 – and previously stating at CES that this GPU is a ‘very important’ product for AMD.

And this sort of talk coming from other execs could easily be taken as a signal that AMD is banging the GPU battle drums in earnest, as it were.

Living up to the hype

The question is, naturally enough, can the reality of the Big Navi card live up to the hype?

If the rumor mill is to be believed, AMD’s incoming high-end graphics card could be a monster board bristling with 80 CUs (compute units), and built on the next-gen RDNA2 architecture – possibly with some major performance uplifts therein.

Previous speculation has also contended that Big Navi might be 30% faster than Nvidia’s mighty RTX 2080 Ti (although it isn’t clear if the GPU highlighted in the latter leak is actually AMD’s incoming high-end offering – there are other possibilities as to what it might be).

Regardless of the guessing game of how the actual hardware might shape up, one of the key considerations for AMD is timing. It really is critical that Big Navi emerges sooner rather than later, because depending on how quickly Nvidia can move with its next-gen GPUs, AMD could end up facing off against the RTX 3080 (or whatever it might be called), rather than the current Turing cards.

And that will obviously be a very different level of competition for Big Navi, particularly if the speculation about incoming hardware acceleration for ray tracing in the high-end AMD GPU is correct – because rumor has it that Nvidia may really boost ray tracing performance in the next-gen (perhaps by up to 50%).

So while timing is obviously important with any Big Navi launch in that respect, the bigger factor is pricing. Where will AMD pitch the asking price, and is this the area in which it will engage in its disruption: by making solid 4K gaming a (relatively) palatable value proposition on the PC?

Who knows, but we can keep our fingers crossed on that one, and that Nvidia will be forced to be more competitive on pricing at the high-end as a result.