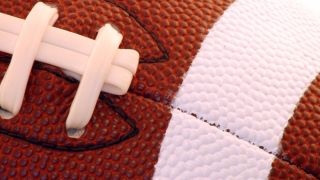 The New England Patriots may have dominated the Los Angeles Rams 13-3 at Super Bowl LIII but a new NFL season is just around the corner and the real interest starts here - with an NFL draft live stream.

NFL Draft - where and when?

The 2019 NFL Draft will be held in downtown Nashville, Tennessee and this will be the city’s first time hosting the event. The main stage will be assembled at First and Broadway, while Selection Square - where team tables are set up and club representatives make their picks - will be held at the Schermerhorn Symphony Center.

The 2019 NFL Draft is where the best college players across the country will be divided up amongst the league’s 32 teams. The draft begins on Thursday, April 25 and lasts until Saturday, April 27 with round one taking place on Thursday, rounds two and three on Friday and rounds four to seven on Saturday.

Nick Bosa, Quinnen Williams and Josh Allen are just a few of the players likely to be chosen in the first few picks of this year’s draft. The Oakland Raiders will have the most first round picks this year and the team will hopefully add three new rookies to its squad. However, the Arizona Cardinals will have the first pick in round one followed by the San Francisco 49ers and the New York Jets.

Whether you’re a college football fan waiting to see which of your favorite players gets picked or are just eager for the 2019-2020 NFL season to begin, don’t worry as we’ll show you exactly how to live stream the 2019 NFL Draft online from anywhere in the world.

How to watch the NFL draft: US live stream

If you live in the US and have a television, then you’ll have plenty of options to watch this year’s draft as the event will be broadcast across a variety of networks including ABC, ESPN, ESPN2, ESPN Deportes and NFL Network.

If this sounds a bit too complicated don’t worry as you can watch all three days of the draft on ABC for the first time in the network’s history. The network will produce its own distinct telecast, separate from ESPN and the NFL Network, for the first two nights of coverage and it will simulcast ESPN’s presentation on the final day of the draft. While you can watch ABC on your television (even with a digital antenna), you can also watch the network’s coverage live on the ABC app from your mobile devices or on your computer and connected devices on ABC’s website. Just remember that you will have to provide your credentials from your cable provider to watch ABC online.

Don’t want to sign up for an expensive cable TV package just to watch the NFL draft? Don’t worry as a number of streaming services also give you access to the channels you’ll need to watch the event and often times, they are even cheaper that a traditional cable package. We’ve listed our favorite streaming sites with access to ABC, ESPN and NFL Network below to help you make your decision.

Watch an NFL Draft live stream from outside your country

If you're eager to watch but find yourself abroad while the draft takes place, you'll soon discover that access to watching is geo-blocked.

Annoying, but not the end of the world as you can override this by using a VPN. Pick one of the VPN providers listed below, download their software and you’ll be able to change your IP address to one back home so you can access a 2019 NFL Draft live stream from anywhere in the world.

1. ExpressVPN:  the best all-round VPN for streaming, comes with 30-day trial
2. NordVPN: SmartPlay tech makes NordVPN a great, affordable choice for streaming
3. IPVanish supports up to 10 devices, so great on the go

How to watch the NFL draft in the UK

American football fans in the UK will be able to watch the 2019 NFL Draft on Sky Sports. The network’s broadcast will begin at 12:30am GMT on Sky Sports Action and Sky Sports Main Event in the early hours of Friday.

If you’re not yet a Sky Sports subscriber, you can get access to all eight Sky Sports channels for just £23 a month for 18 months. However, if you’re not interested in a commitment, you can always buy a Sky Sports Day Pass or Sky Sports Week Pass from NowTV for £8.99 or £14.99 respectively.

And don't forget that you can also use a VPN to change your IP address to one in the UK if you want to watch but are abroad this week.