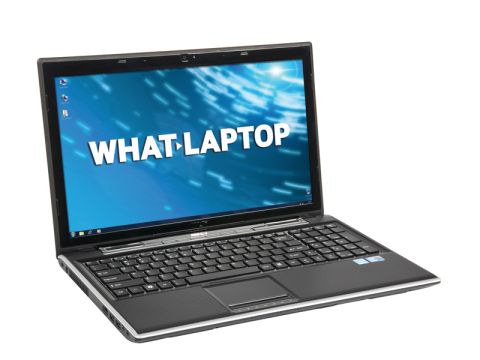 MSI's FX600 is aimed at those after design, usability and performance from their laptop. Ahead of its full release we were given a look at a pre-production model and, assuming a few minor issues are ironed out before final release, this could be an attractive option.

Our main issue is with the keyboard. The isolated keys are nicely spread out, but the amount of flex evident across the board is unfortunate, producing not only a spongy action but also a noisy one. Nevertheless, this is a pre-production model and we hope this problem is rectified for the final build.

The chassis is built from plastic panels with an inoffensively attractive weave pattern, but we were a little disappointed by how flexible they proved to be.

We could move them with little problem, meaning that – in its current form at least – this isn't a laptop suited to the most arduous travel, and those looking to take the machine on the commute may be advised to look elsewhere.

The 15.6-inch screen impressed us with the level of brightness and detail it offered, making it a pleasure to use, whether you want to watch movies with the integrated DVD optical drive or edit intricate spreadsheets.

The shiny Super-TFT screen coating creates strong reflections, however, and is troublesome to use in bright or rapidly changing light.

Our pre-production unit featured an Intel Core i5 processor and 2048MB of memory. Performance is sprightly and you'll have no problem running applications such as word processors, as well as more resource intensive photo and video-editing suites.

While our unit had an integrated graphics card, the final build will boast a powerful dedicated Nvidia chip, making the laptop suited to playing the latest games and multimedia-focused activities, which is great if you're creatively minded.

The laptop comes with a host of nice features. The four-speaker sound system is configured to THX standards, and the quality of the audio is moderately impressive.

Finally, MSI's Turbo Drive Engine allows you to overclock the processor for a short period of time at the touch of a button. We found when we did this performance increased by just under 4%, which is impressive and will be useful to those who need that little extra power every now and then – gamers or video editors, for example.

Ultimately there's a lot going for the FX600. If MSI can sort out the spongy keyboard and chassis design, it just may be on to a winner.