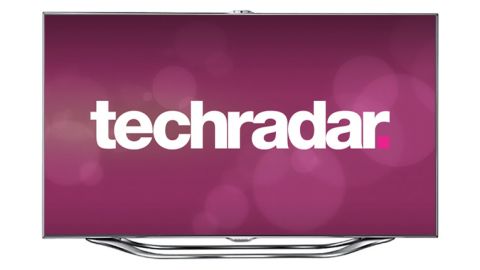 If Samsung is going to retain its current position as the world's number one TV brand, it needs to set the bar high with flagship products such as the new UE46ES8000. Especially now that recently reviewed LG televisions such as the 55LM660T and 47LM670T have proved that the other Korean brand is putting up its most impressive challenge yet to Samsung's dominance.

Just as well, then, that the Samsung UE46ES8000 - called the UN46ES8000F in the US - does indeed look like it's got all the flagship TV angles covered.

For starters, it's got dazzling looks, thanks to its ultra-thin silver bezel. It's impressively connected too, and best of all it has more features than many people will probably need in their lifetime.

Heading these up are the Samsung UE46ES8000's 3D and smart TV capabilities. The 3D playback is an active rather than passive 3D system (well, you didn't really expect Samsung to adopt LG's passive technology any time soon, right?), but the smart TV services have undergone a significant revamp, as we'll see in a minute.

The Samsung UE46ES8000 is also well-stocked with picture adjustments, and is very multimedia savvy indeed, playing back most of the key file formats via either USB cards or a networked PC.

The last highlight attraction of the Samsung UE46ES8000 is its trio of alternative control solutions, based around gestures, voice recognition and a touchpad remote.