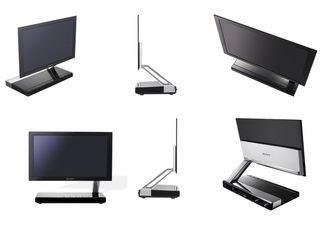 Almost two years on from the arrival of the world's first commercial OLED TV set, a second model will join Sony's XEL-1, this time from LG Electronics.

The Korean firm says it will beat Sony's groundbreaker by launching a 15-inch OLED TV at a trade show in September. The XEL-1, while innovative, measures a mere 11 inches on the diagonal.

LG's new television will make its debut at the IFA 2009 event in Berlin between 4 and 9 September, so we'll be sure to bring you all the details when the Asian giant reveals all next week.

As for pricing, nothing is official yet, but we'd say there's a strong possibility of the LG set coming in well under the £3,500 cost of the XEL-1.

That's a safe bet simply because the company has said it fully intends to build a whole range of OLED tellies that it will clearly need to sell in bulk to make financial sense. Sony's XEL-1 was always seen as something of a proof of concept with the price tag of a luxury item.

And, intriguingly, Reuters is quoting an LG exec as aiming even higher with OLED. "We are planning to unveil a 40-inch grade (OLED) product in a not too distant future," he told the newswire.