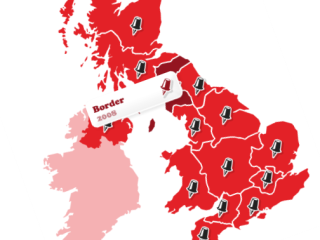 Cisco reckons that the spectrum freed up by digital switchover should be used for broadband or IP services. But that need not necessarily rule out use for HD TV. Currently there are campaigns for Ofcom to retain the spectrum to provide HD content via Freeview.

Instead, Ofcom seems intent on selling off the spectrum for commercial use. However, Robert Pepper, Cisco's head of global advanced technology policy, reckons the spectrum can still be used to deliver not only HD programming, but other content in addition.

"If you have a mobile broadband platform, nothing prevents the licensee from having video, but that video has the additional capability of being two-way and interactive," he told ZDNet UK.

"We believe there is a whole range of innovative services, in part broadband-like services that have a two-way channel, that could be used," added Richard Allan, Cisco's European director of government affairs.

The turning-off of the UK's analogue television channels began this week in Whitehaven, Cumbria, and will finish in London in 2012. Subsequently, a section of analogue UHF frequencies will be sold off.