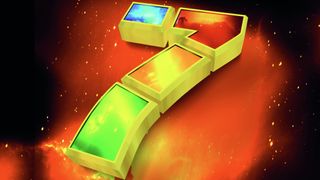 Eleven years after its debut, Windows 7 has reached End of Life. The venerable operating system will no longer receive security updates from Microsoft (unless, as happened with Windows XP in 2017, something truly dangerous is found) so it's time to say a fond farewell and upgrade to Windows 10.

It might be easy to tease anyone who's still using such an old operating system, but if you (or a family member) are still using Windows 7 for day-to-day computing then I'd argue that's actually something to be respected.

Not only is it the thrifty option, sticking with older kit minimizes waste and means there's less demand for materials such as cobalt (used in batteries), which is in short supply and often mined in terrible conditions.

While there's increasing demand for ethically and sustainably built tech (and companies like Fairphone are a step in the right direction) the best option is keep using whatever devices you have for as long as possible.

Your Windows 7 device has probably been chugging along happily for at least seven years (Windows 8 was released in 2012, but proved so unpopular with users that many retailers continued to offer Windows 7 as an option until the launch of Windows 8.1 in 2013) and resisting the temptation of shiny new hardware for so long is admirable.

There's relentless pressure to upgrade your hardware, with advertisers working to convince you that you're missing out, but unless you're into gaming or video editing, the fact is that you don't need 128GB RAM and a Core i9 processor for everyday tasks. Google Chrome might be a memory hog, but it's not that bad.

The good news is, there's no need to shell out for a new PC or laptop if you're content with your current one. Upgrading from Windows 7 to Windows 10 is a straightforward process, and it needn't cost you a penny.

You might even benefit from a speed boost; Windows 10 is optimized to run well on even low-powered devices. That's why Microsoft chose to ditch Windows 7's Aero Glass interface; those translucent, soft-focus toolbars used resources that could be put to better use elsewhere. Don't worry if you miss the Aero look, though – you can easily give Windows 10 a retro makeover with some free software and few simple tweaks.

Either way, great job making your hardware last so long. Here's hoping you get many more productive years out of it with Windows 10 on board.