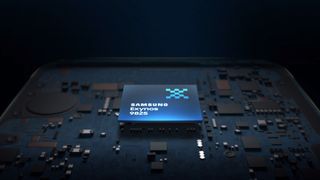 Ahead of the launch of Samsung Galaxy Note 10 series, the South Korean electronics maker has announced its home-made Exynos 9825 chipset. The new processor is fabricated using a EUV (Extreme Ultraviolet Lithography) process, a technique which makes it one of a kind in the industry.

Samsung's upcoming Galaxy Note 10 series is due out on August 8, 1:30 PM (IST) and will be powered by Exynos 9825. According to various leaks and rumours surrounding the phone, there isn't anything about the Galaxy Note 10 that we don't already know, barring the price, of course.

Due to adopting the EUV process, Samsung claims to have created a speedier and power-efficient chipset. The Exynos 9825 is built on a 7nm architecture which theoretically allows Samsung to double-down on performance and optimize the system efficiently.

Samsung Exynos 9825 features an octa-core CPU which consists of quad-core Cortex-A55, dual-core custom CPU and dual-core Cortex-A75 cores. It is backed by the ARM Mali-G76 MP12 GPU along with a Neural Processing Unit (NPU) that should assist in artificial intelligence (AI) based tasks. Interestingly, this is the same configuration as on the Exynos 9820 which powers Galaxy S10 lineup.

What's changed here is that the Exynos 9825 has been built on a 7nm node using the EUV process while the Exynos 9820 is an 8nm processor manufactured through FinFET process.

Samsung Exynos 9825 is also 5G-ready and can be paired with Exynos Modem 5100 which features 5G NR support. We'll get to know more about the Exynos 9825 chipset when it debuts on the Galaxy Note 10 series later today.