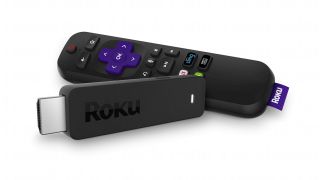 There have been whisperings for a little while now that Roku was about to enter into the audio space with a smart-enabled audio device. And there's now evidence to suggest that they'll be fully multiroom enabled too.

This follows a regulatory finding (spotted by Variety) that shows Roku having picked up Danish audio startup Dynastrom for $3.5 million in September.

While Dynastrom isn't called out explicitly by name in the documents, multiple Dynastrom employees, including the company's CEO and CTO, have now joined Roku, giving a clear indication of what that money was spent on.

Multiroom in the making

Dynastrom is responsible for a software system that can be slipped into speaker hardware, streaming music over in-home Wi-Fi to other speakers on the network – the perfect sort of purchase for a company expected to be entering into the multiroom space.

Add to the mix that Roku is already working on far-field voice tech, and the rumors that an Amazon Echo-rivalling smart speaker from the company, one with through-the-home smarts, looks increasingly likely.

If the rumors add up to an actual product it will be a smart (excuse the pun) move from Roku, who already has a large chunk of the TV streaming device market, particularly in the US.